Our ancestors needed to use aggression to defend themselves and their children from predators. Aggression has fitness and so genes which produce aggression will survive.

Humans certainly rank among the most violent of species," Carrier said, adding that we also rank among the most altruistic and empathetic. When reproduction occurs, the mother and the father both donate genes to the child, but the copying of genes isn't exact.

It enables individuals to be powerful if they are intelligent and manipulative even if they aren't physically strong. 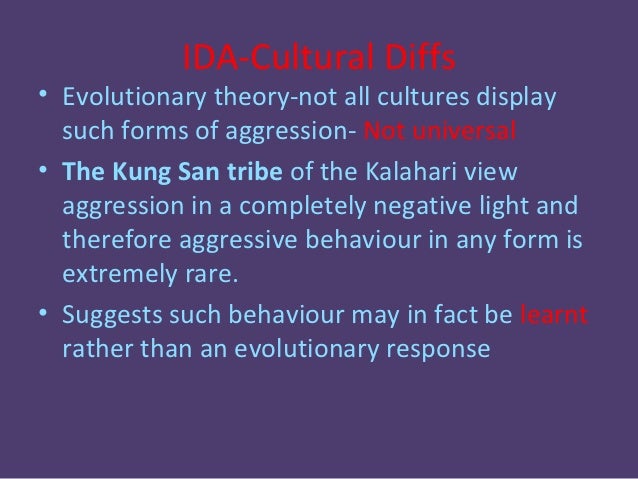 But bear two important things in mind about this phrase: What survives is not the fittest creature but the fittest genes. For now, I'll compare and contrast the biological explanation with the empiricist explanation that aggression is learned.

It looks like this: Don't let anyone tell you that we're descended from apes. 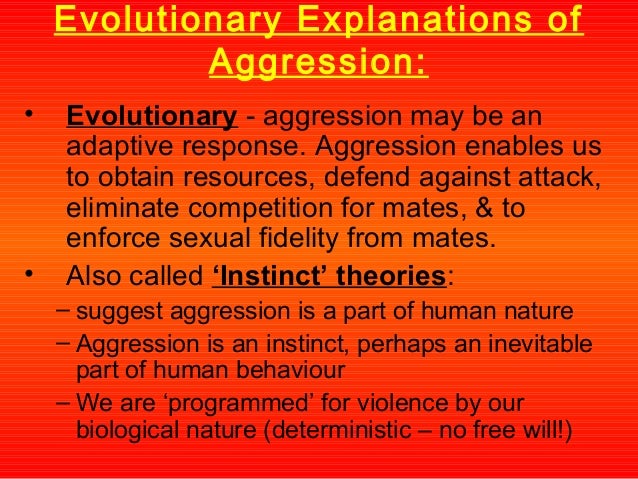